He was best known for his work with the Bonzo Dog Doo-Dah Band, The Rutles and collaborating with Monty Python.

A spokesman for the Innes family said he had not been suffering from any illness and had passed away unexpectedly on Sunday night.

Innes had been travelling home from France with his family, who have asked for privacy “at this difficult time”.

“It is with deep sorrow and great sadness that we have to announce the death of Neil James Innes on 29 December 2019,” they said in a statement.

“We have lost a beautiful, kind, gentle soul whose music and songs touched the heart of everyone and whose intellect and search for truth inspired us all.

“He died of natural causes quickly without warning and, I think, without pain.”

It went on: “His wife Yvonne and their three sons, Miles, Luke and Barney, and three grandchildren, Max, Issy and Zac, give thanks for his life, for his music and for the joy he gave us all.”

The Essex-born star, who was raised in Germany, performed piano, guitar and vocals in The Bonzo Dog Doo-Dah Band – later renamed The Bonzo Dog Band – who had a hit in 1968 with I’m the Urban Spaceman. The track was co-produced by Apollo C. Vermouth – aka Sir Paul McCartney.

He was later given a writing credit on the Oasis track, Whatever, after it was found Noel Gallagher had borrowed portions of his song How Sweet To Be An Idiot.

In the 1970s, Innes became closely associated with British comedy collective Monty Python and was affectionately known as “The Seventh Python”, contributing songs and sketches, as well as appearing in films like Monty Python and the Holy Grail and Monty Python’s Life of Brian.

The songwriter and comedian wrote and performed sketches for their final TV series in 1974 after John Cleese temporarily left, and was one of only two non-Pythons to be credited as a writer, alongside The Hitchhiker’s Guide to the Galaxy author Douglas Adams.

After the group came to an end, Innes joined fellow Python’s Eric Idle on a new series, Rutland Weekend Television, which gave birth to their spoof band The Rutles – a pastiche of The Beatles.

According to Innes’s wife Yvonne, he toured with The Bootleg Beatles last year.

Fellow comedy writer Danny Baker paid tribute to Innes online on Monday, posting the above picture, as well as a link to one of his tracks, Friends at the End. 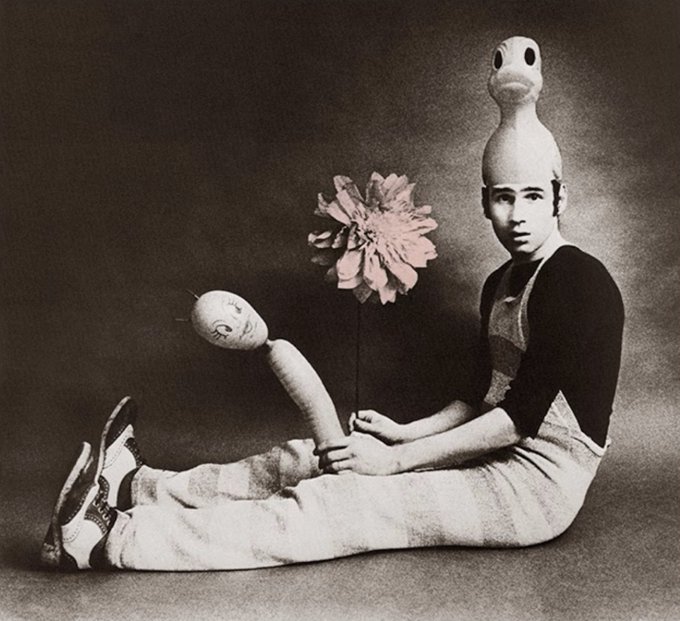 “A bit numb that my friend has gone so suddenly,” wrote Baker.

“He wrote a beautiful song summing up how many of us feel today. Of course he did…”

Baby Driver and Spaced director Edgar Wright tweeted he would “raise a glass to the man”.

“Forever a fan of The Bonzo Dog Doo Dah Band,” he wrote, linking to their 1968 track Canyons Of Your Mind.

“Allow me to share a favourite clip of them in action (with a bonkers Innes guitar solo, too). RIP Neil.”

In an interview in 2012 Innes reflected on the many different phases of his career.

“The thing is it all happened very quickly,” he said.

“The Bonzos lasted for just five years or so and in that time we paid off three managers and had no holidays. Then I dropped into the Python era but that seemed to be over in a flash, too. And similarly The Rutles were a brief phase…they were only intended to be a short-term, one-off gag because the timing seemed so right.”

He added: “People were desperate to get the Beatles back together and a guy in America was offering them $20 million each for a reunion! It was quite absurd. And George Harrison, who by then was closely involved with the Pythons, felt something even sillier needed to be done. He loved every moment of the Rutles. The 1996 revival for our ‘Archaeology’ album was even funnier really.”

In the same interview he described joining the other members of Python at the Concert for George – the 2002 tribute to George Harrison at the Albert Hall, as “probably one of the most special evenings of my life.”

A film about Neil Innes called The Seventh Python was made in 2008.

Showers or thundershowers expected in five provinces after 2.00 p.m

Showers or thundershowers will occur at a few places in Sabaragamuwa, Western, Central, Uv…

Lanka E-reporter is online Sri Lanka latest, entertainment, political, world and sports news web portal published in sinhala.
We are committed to deliver the most reliable, accurate and timely information to the Sri Lankan people all over the world in Sinhala language. Our report includes ethnic, government, politics, sports, education, health, environment, economy, business, fashion, and entertainment, as well as athletic events, quirky or unusual events.